NOGALSS VISIT TO THE NATIONAL ASSEMBLY 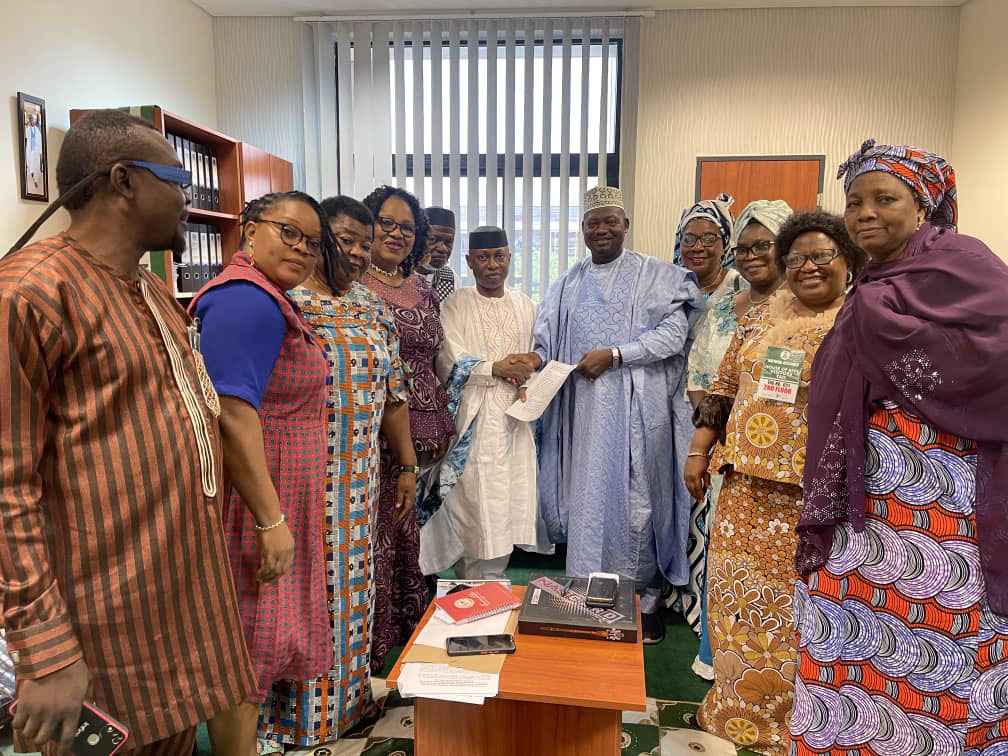 The  President  after pleasantries proceeded to give reason for the visit, which was to present  the letter of appointment to Hon. Al-Mustapha as the new Chairman of NOGALSS' Board of Trustee (BoT).

On the receipt of the appointment letter, the new Chairman pledged to reciprocate the gesture of honor and assured NOGALSS that he would do his best in taking the NOGALSS to its highest point of achievements.

How You Could Help

NOGALSS has its arms open welcoming anyone who wishes to be a part of the war against illetracy in Nigeria through their free will donations.
Donations can be made to:
Association For Literacy Support
Account Number: 2023917260
First Bank

Do you have (or belong to) an NGO that is aligned with the eradication of illeteracy in Nigeria.
Please we implore you to register with us to make our dream of having a Nigeria with no illiterate person a reality.

If you're interested in helping in our bid to eradicate illiteracy in Nigeria by offering scholarships, here is an avenue to make it happen.
Donations can be made to:
Association For Literacy Support
Account Number: 2023917260
First Bank